Q1: I am making a Voxel game. Currently, in the game: all models share the same Material, each model part (monster) is a separate Mesh, the animation made by Animator has no skeletons, it is the key frame animation, and the GPU Instance has been turned on.

I have this problem:

For example, if a character has more than 10 parts, and 10 types of monsters appear on the map at the same time, the DrawCall of the model part will rise to 100+. Due to the fact that there are not many special effects added, there is no lag when testing on the real machine (Mi8 Lite), and the GPU Instance is opened, and it work well in the case of a small number of types but a large quantity.

But I still want to ask you about the increase of DrawCall. Is there any good optimization method? Or is it necessary to optimize? 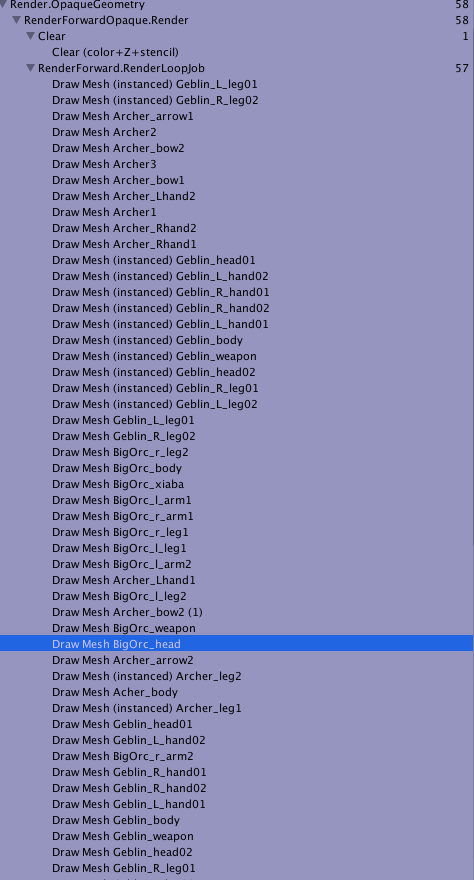 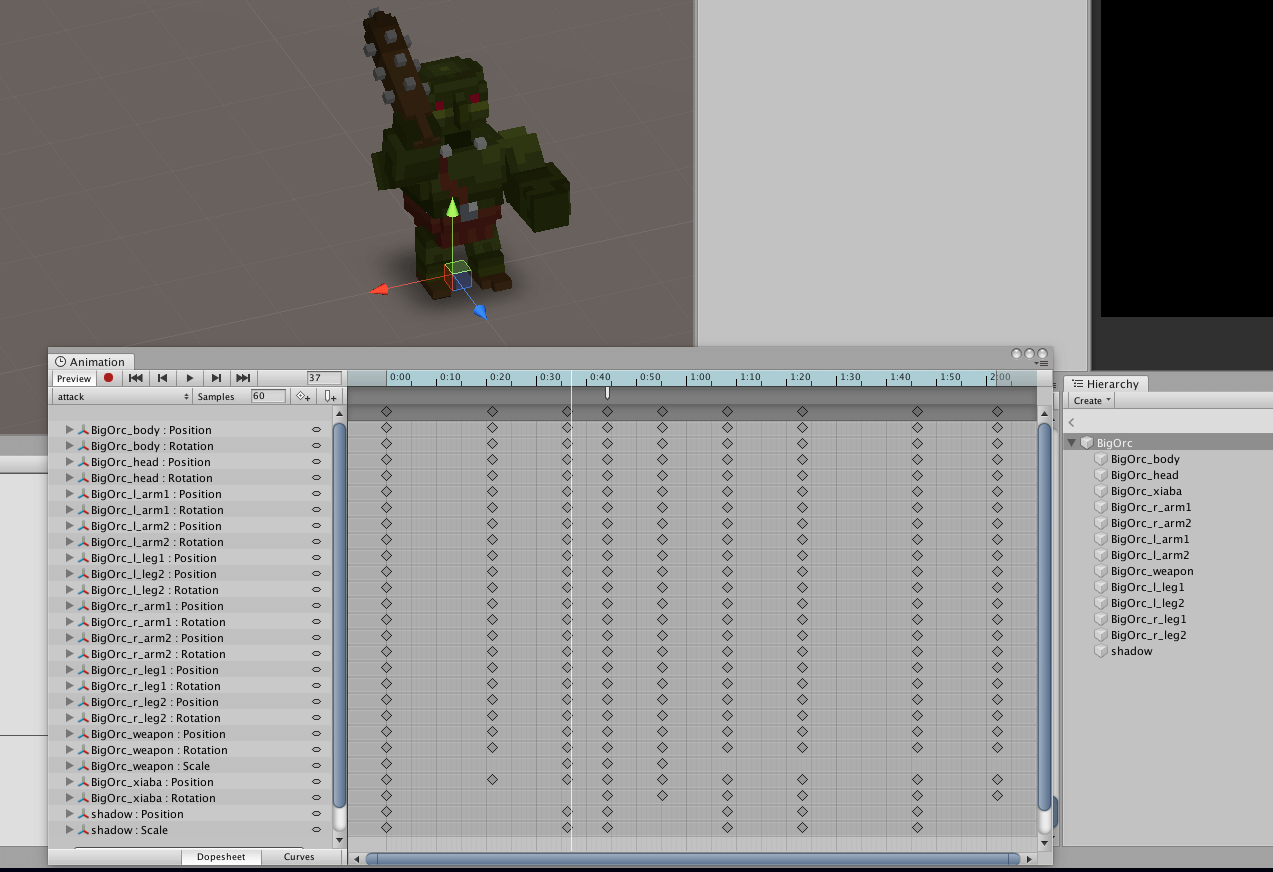 Doing Culling + manually calling DrawMeshInstanced by yourself (if direct material check instance, it will not be combined) can reduce many DrawCalls of parts.

If the accuracy of animation is not high and you are willing to change time in space, bake out the entire model according to frame animation. With DrawMeshInstanced, several DrawCalls can be reduced of some parts.

Using LWRP/HDRP has an advantage. Turn on SRP batcher. Do not check “enable instance” for the material. If you use the built-in Shader, you can directly see the DrawCall decrease. Besides, it is not difficult to rewrite the customized Shader.

Thanks to Nil for providing the answer above.

Q2: Is there any good way to optimize the memory usage of animation? In addition to common operations such as reducing accuracy, compression, and removing Scale, is it feasible to reduce the frame Rate?

I can add something about frame Rate:

However, if you mean that modify the frame rate in animation software (such as 3ds Max, Maya), then the memory will indeed be affected after it is imported into Unity. At this time, if two animations are consistent, but just the simple frame rate is different:

1. When animation compression is not turned on, the clips with a large number of key frames (usually the frame rate is high) will have a larger memory, and there are several influencing factors:

a. Turn on resample curves during import (this option decides whether Unity automatically inserts frames when importing, which will make all curves full during the playback time), then the memory with a high frame rate will be much higher;

b. If you do not open resample, the memory with a high frame rate will be a bit higher.

2. When animation compression is turned on, such as Keyframe Reduction, the memory of different frame rates becomes similar again (because the animation is consistent, the actual animation curve is also similar, then some duplicate data will also be compressed during compression).

The conclusion is that when the animation compression option is turned on, the frame Rate when making animations has little effect on memory, so there is no need to specifically optimize the frame Rate.

We can simulate some linear animations to reduce the amount of data of animation key frames, such as the commonly used iTween, DOTween plug-in, and XTween recommended by UWA.

Q3: Using the Metal API on iPhone, and turning on MSAA, inserting any CommandBuffer after rendering opaque objects but before transparent objects (such as AfterForwardOpaque) , it will make objects at the front of rendering in the transparent queue appear to have no ZTest.

I write a reproducible demo and built it to run on iPhone. Open MSAA and CommandBuffer at the same time and you will find that two red cubes are always in front of the tree. But It will be no problem to close one of them.

Insert CommandBuffer after rendering transparent objects and before opaque objects. Write the depth mapping of Unity into DepthBuffer of the current FrameBuffer in this Cube, then this problem can be solved.

Thanks to 贤 for providing the answer above.

Q4: I want to know if Unity has any callbacks when errors occur in compiling script? Or is there any Trick can be used?

Thanks to kaclok for providing the answer above.

There is a Trick available, but it is relatively old. The idea is to try clearing the log. Compilation errors cannot be cleared, so you can distinguish whether there is a compilation error.

Thanks to Zhang Rui for providing the answer above.

The picture for testing:

Thanks to lopezycj for providing the answer above.

Sprite atlas has an attribute “Padding”, the minimum is 2 pixels, the default is 4 pixels.

Thanks to 厅级码农 for providing the answer above.

This is the 65th UWA Technology Sharing for Unity Development. As we all know, Our life has a limit but knowledge has none. These problems are only the tip of the iceberg and there are more technical problems during our program development which deserve to discuss. Welcome to join UWA Q&A community, let‘s explore and share knowledge together!