UWA has released a series of special subjects explaining performance optimization knowledge points of Unity’s mainstream modules one by one four years ago. With the upgrading of the engine, hardware equipment, production standards, etc. in recent years, UWA is also continuing to update optimization rules and methods, and output them to all the game developers. As an “upgraded version” of the performance optimization manual, the Unity Performance Optimization Series will try to express it in a simple and easy-to-understand way so that more developers can learn from it. This issue will share the knowledge points related to the rendering module.

Rendering is a topic that cannot be escaped in the optimization of mobile devices. As the bulk of performance cost, almost all games are inseparable from the rendering of scenes, objects, and special effects. How to achieve the best balance between excellent visual effects of the scene and smooth running has always been a headache for game designers, artists, and also programmers.

At present, we recommend that the main body range (5%~95%) of Batch be controlled within [0,250] on the low-end and mid-end mobile device models.

In Unity, we need to distinguish between DrawCall and Batch. There will be multiple DrawCalls in a batch. In the FrameDebugger in the following figure, you can see that the two default ParticleSystems are combined into one batch, which will make two DrawCalls in such a Dynamic Batch.

Normally, the larger the number of triangles, the longer the rendering time will be. Therefore, the usage of triangles is provided in our UWA GOT report, and there is a distinction between translucent and opaque. It is generally recommended to reduce the number of patches in the scene through the LOD tool, thereby reducing the rendering overhead. 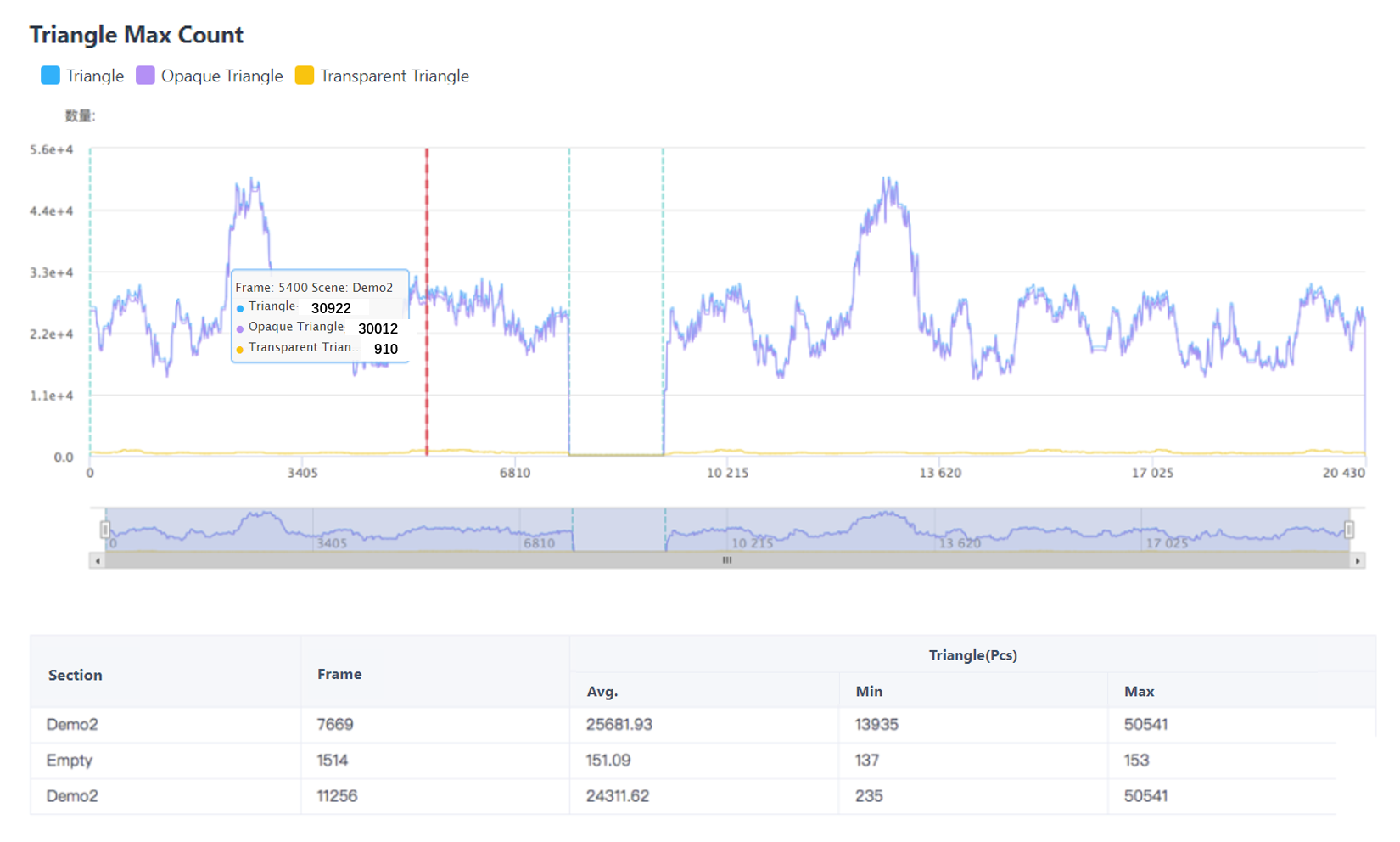 A very effective method to optimize the rendering module is to locate the specific performance bottleneck through the specific stack of the Camera.Render function. These functions can be viewed in [Code Efficiency] section of GOT Online report. Here are a few common functions when we optimize:

In the unfolded stack of Camera.Render, you can see that the cost of RenderForward.RenderLoopJob is relatively high, which is usually caused by the high number of batches.

Generally speaking, Culling’s time-consuming in the range of 10% to 20% is reasonable. If Culling takes a longer time, you can initially check the following aspects:

2) If the project uses multi-threaded rendering and Occlusion Culling is turned on, it will usually cause too much pressure on the child threads and result in a high overall Culling.

Although turning on Occlusion Culling reduces the rendering consumption, its own performance overhead is also worth noting since it needs to calculate the occlusion relationship based on the objects in the scene, and it is not necessarily suitable for all scenes. In this case, it is recommended that the R&D team selectively disable a part of Occlusion Culling to test the overall consumption of rendering data for comparison, and then decide whether to enable this feature.

Render.Mesh overhead is too high, usually due to the large number of objects that cannot be batched, which can be optimized from the following points:

1) For opaque rendering queues, it is recommended to check the redundancy of the Material. The same shader cannot be batched because of different instances.

In the case of non-NGUI, it is necessary to consider whether there is an interspersing situation for translucent objects. You can adjust the RenderQueue to increase the objects of the same Material for batching.

1) ParticleSystem.ScheduleGeometryJobs means that before culling, the main thread needs to wait for the child thread to calculate the particle position before culling. The cost of this function in the battle interface is relatively higher.

2) The number of calls of ParticleSystem.Draw corresponds to the number of DrawCalls of the particle system.

If the number of calls to this function is too high, it is recommended that the R&D team reduce the number of particle systems. You can refer to the list in the UWA Real Device Testing report [Memory Management-Specific Resource Information-Particle System] for further analysis and optimization.

In addition, you can reduce DrawCall by using TextureSheetAnimation, or by modifying the Order in Layer to reduce the interspersion of particle rendering to increase the probability of batching.

From the figure below, we can see that in a certain frame, the time consumed by Shader.CreateGPUProgram reached 203.87ms, which caused the game to freeze.

After enabling multi-threaded rendering, the rendering time of the main thread will be significantly reduced. It is recommended that the R&D team enable it. 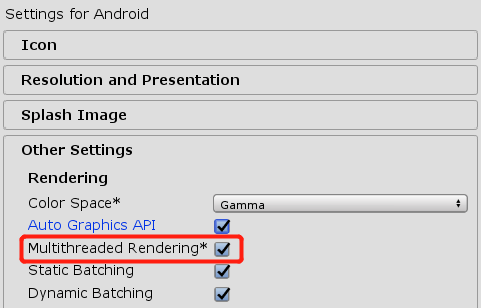 Using GPU Instancing can render multiple copies of the same grid at once, but each instance can have different parameters (for example, Color or Scale) to increase variation. When rendering things that repeat in the scene, such as buildings, trees, and grass, GPU Instancing can effectively reduce the number of DrawCalls in each scene and significantly improve rendering performance.

However, the following points should be noted when using GPU Instancing:

In some special cases, GPU Instancing rendering of a large number of semi-transparent objects may also be time-consuming.

More and more teams are beginning to use URP as a rendering pipeline, thereby greatly increasing the batch range and improving rendering efficiency through SRP Batcher. When using URP, the rendering function stack becomes as below:

When using SRP Batcher, you will need to pay attention to the following points:

The above are some of the issues that need to be paid attention to when optimizing the rendering module. How to operate it needs to be combined with the actual situation of the project. At the same time, using the UWA service can quickly help you locate the performance bottleneck.