ASTC is an industry-leading texture compression format produced in mid-2012 after the emergence of OpenGL ES 3.0. Its compression blocks can be compressed from 4×4 to 12×12 to less than 1 bit for each pixel. There are many compression ratios to select from. The ASTC format supports RGBA and is suitable for power-of-2 aspect ratio dimensions and NPOT (non-power-of-two) textures with no size requirements. 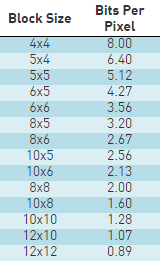 Taking the ASTC 4×4 block compression format as an example; if each pixel occupies 1 byte with 8 bits, the compressed size of a texture in 1024×1024 is 1MB. ASTC has great advantages in compression quality and capacity.

There are detailed test data in the document: https://developer.nvidia.com/astc-texture-compression-for-game-assets

Apple started to support ASTC from the A8 processor. It is supported by iOS devices above iPhone6 and iPad mini 4, but not supported by iPhone 5s in 2014 and devices before iPad mini 3.

In view of the uncertainty of OpenGL ES 3.0 GPU, we conducted ASTC format compatibility tests on some low-profile models with a high proportion of current users, and added some GPU models with low proportion Mali-G71, Adreno 306, Adreno 308, and Adreno 405 for testing (test time 2020.5.21): 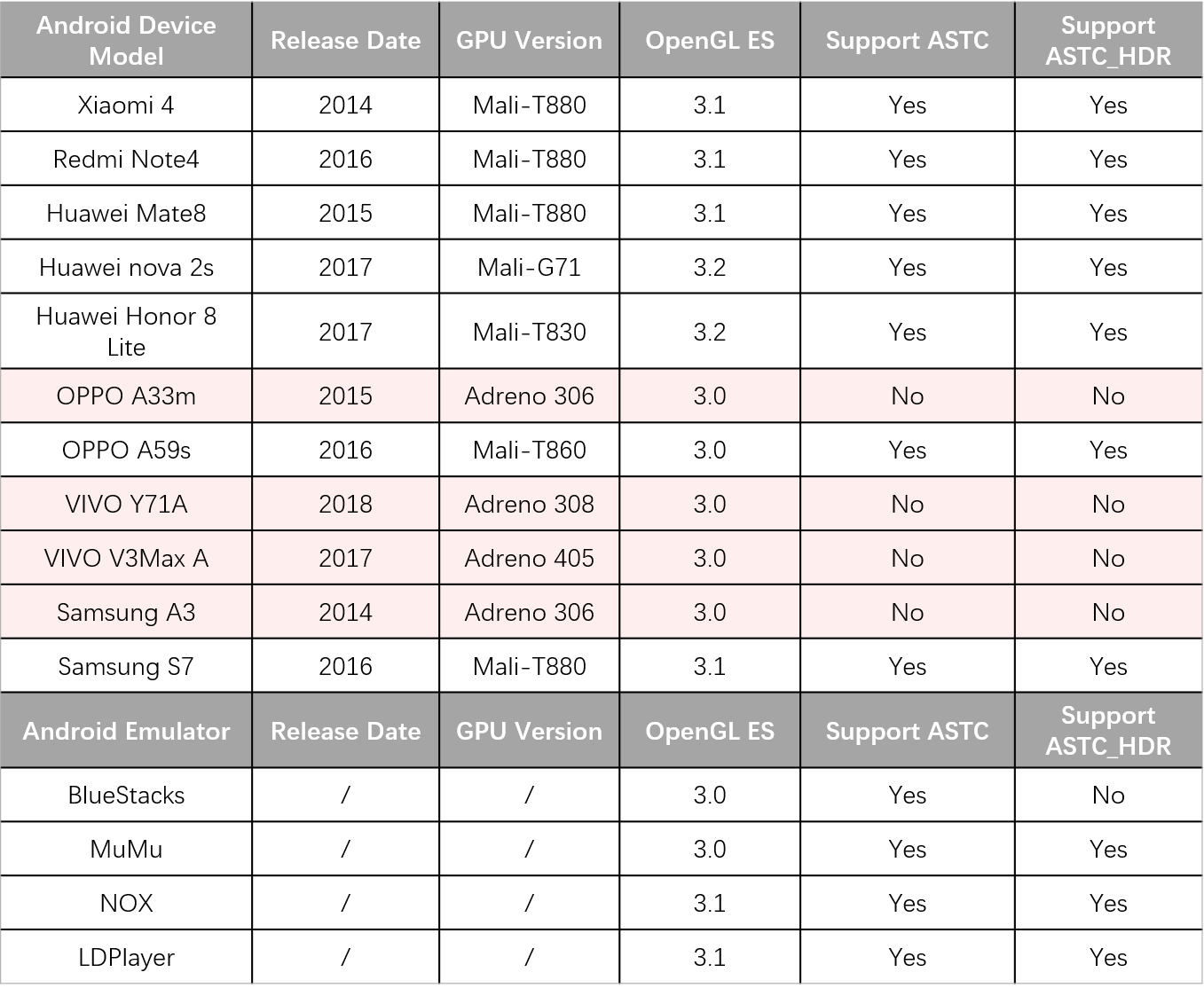 In the previous article, we learned about Bits Per Pixel in different ASTC formats. For a more intuitive feeling, we will use a texture that is prone to compression distortion as an example.

Take the normal map as an example:

Take facial textures as an example: 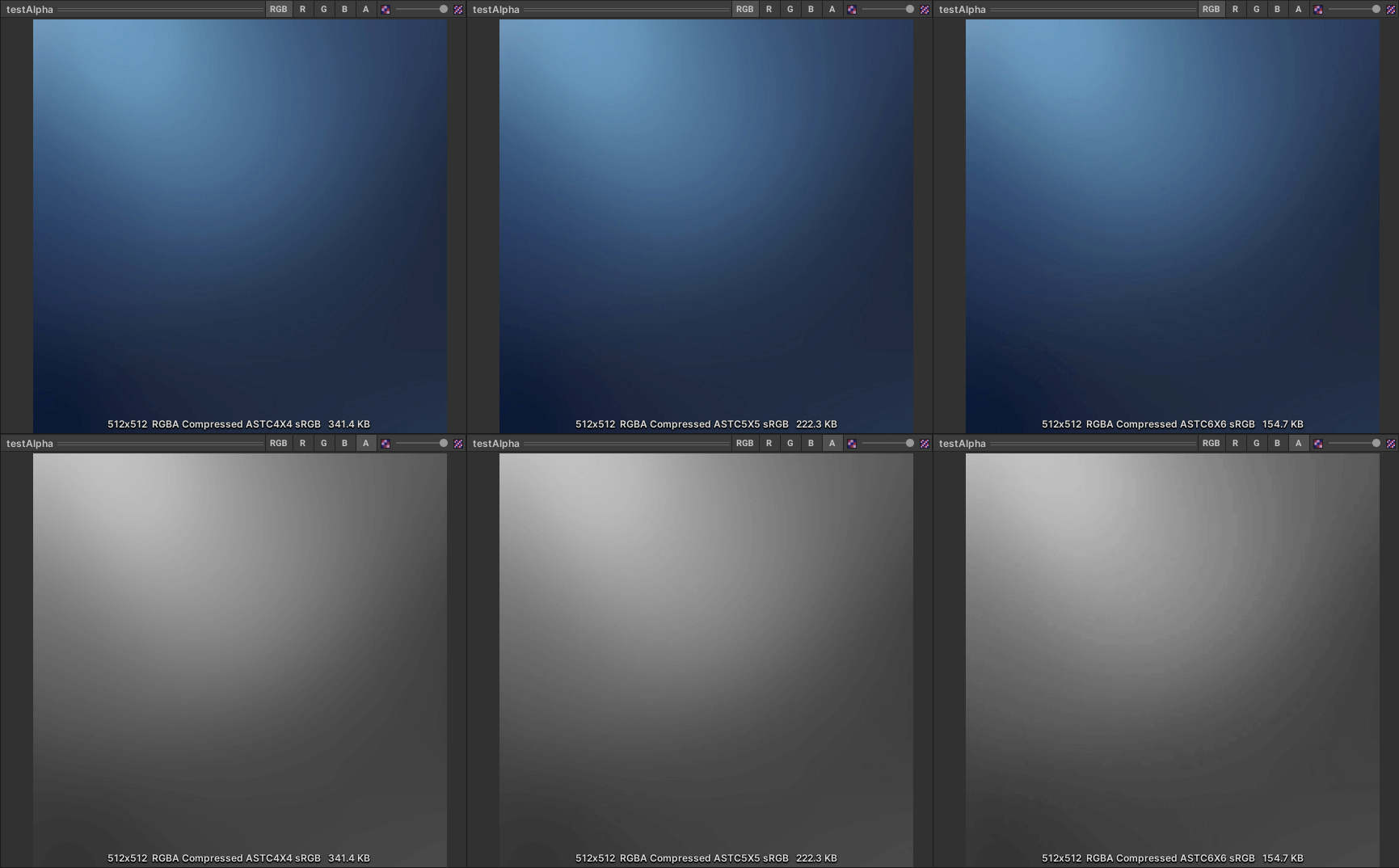 The conclusion is consistent with the comparison of NV document data: 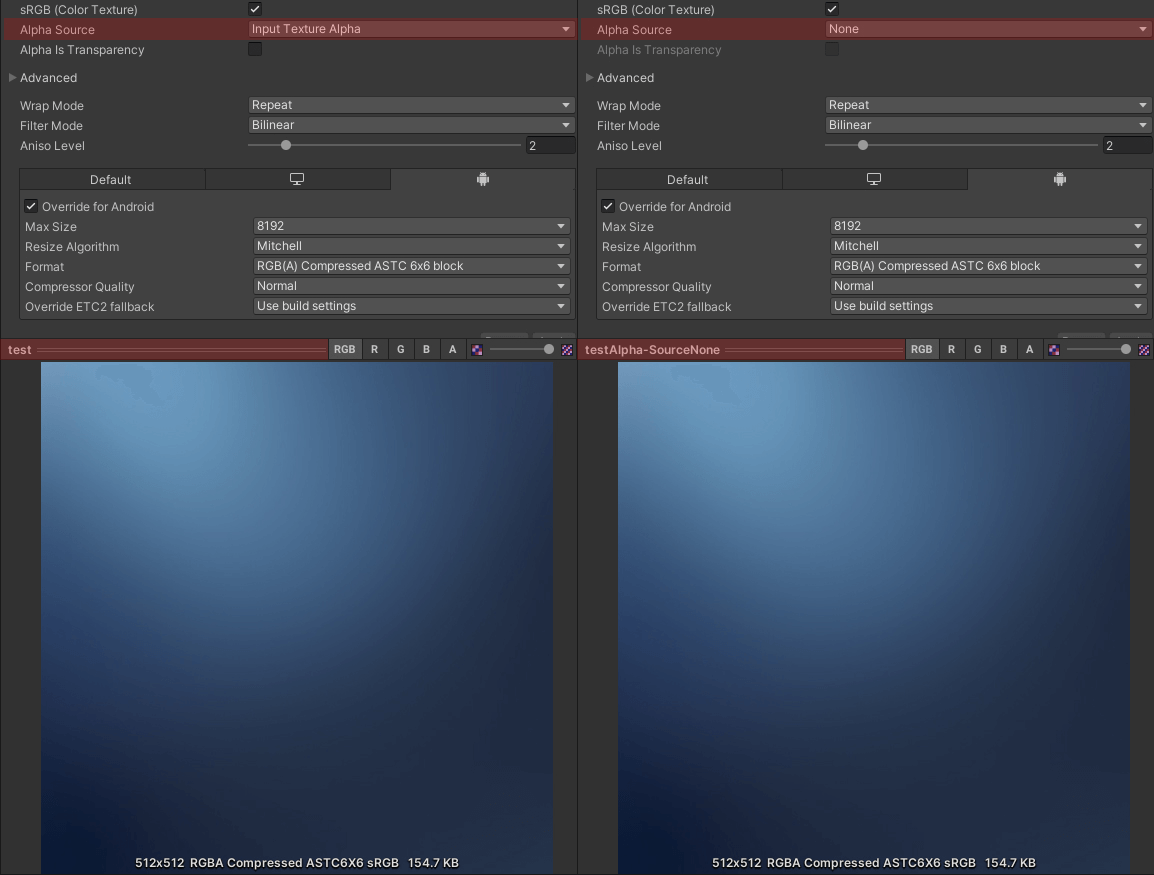 For a 32-bit image with an Alpha channel, select the Alpha Source in the Import Settings as None, the compression result of which is the same as that without an Alpha channel.

2) The JPEG format is already a lossy format, the precision lost in JPEG has nothing to do with ASTC compression.

3) Regarding the texture size

To understand simply, textures are stored in units of blocks in the GPU. In order to save memory and bandwidth as much as possible, the compression format also stores textures in blocks. In recursion or looping, if a number is a power of 2, it is divisible by 2, and the quotient is also a power of 2. The OpenGL API supports non-powers of 2 because the details are hidden for ease of use, and some necessary stretching or filling operations are handled internally. Therefore, when there is no special requirement, try to use POT textures, and try to make them according to the actual application size when making them, so as to avoid some high-precision compression to low-precision situations.

5) The ASTC compression algorithm is smarter, it will assign higher weights to the more variable channel RGB or A, and for a monochrome image, when the content of the RGB channel is the same, a lower pixel occupancy can be used to achieve a good Effect. For monochrome images, there is no need to use the R8 compression format. Instead, the RGB channels should be filled with the same information, and the ASTC pixel ratio should be lower, such as ASTC 8×8.

6) In the actual use of the project, it is found that for the normal map, the compression effect of ETC2 4bits is better than that of ASTC 5×5. For the map with a transparent channel, there is a situation where ETC2 8 Bits is better than ASTC 4×4, which was missed in the test before. For comparison, the further comparison is needed, and selection is made according to the actual situation. If the A channel has more details, choose ASTC, and if the A channel has fewer details, choose ETC2.

Thanks to the author Ssiya for contributing. Welcome to share, please do not reprint without the authorization of the author.